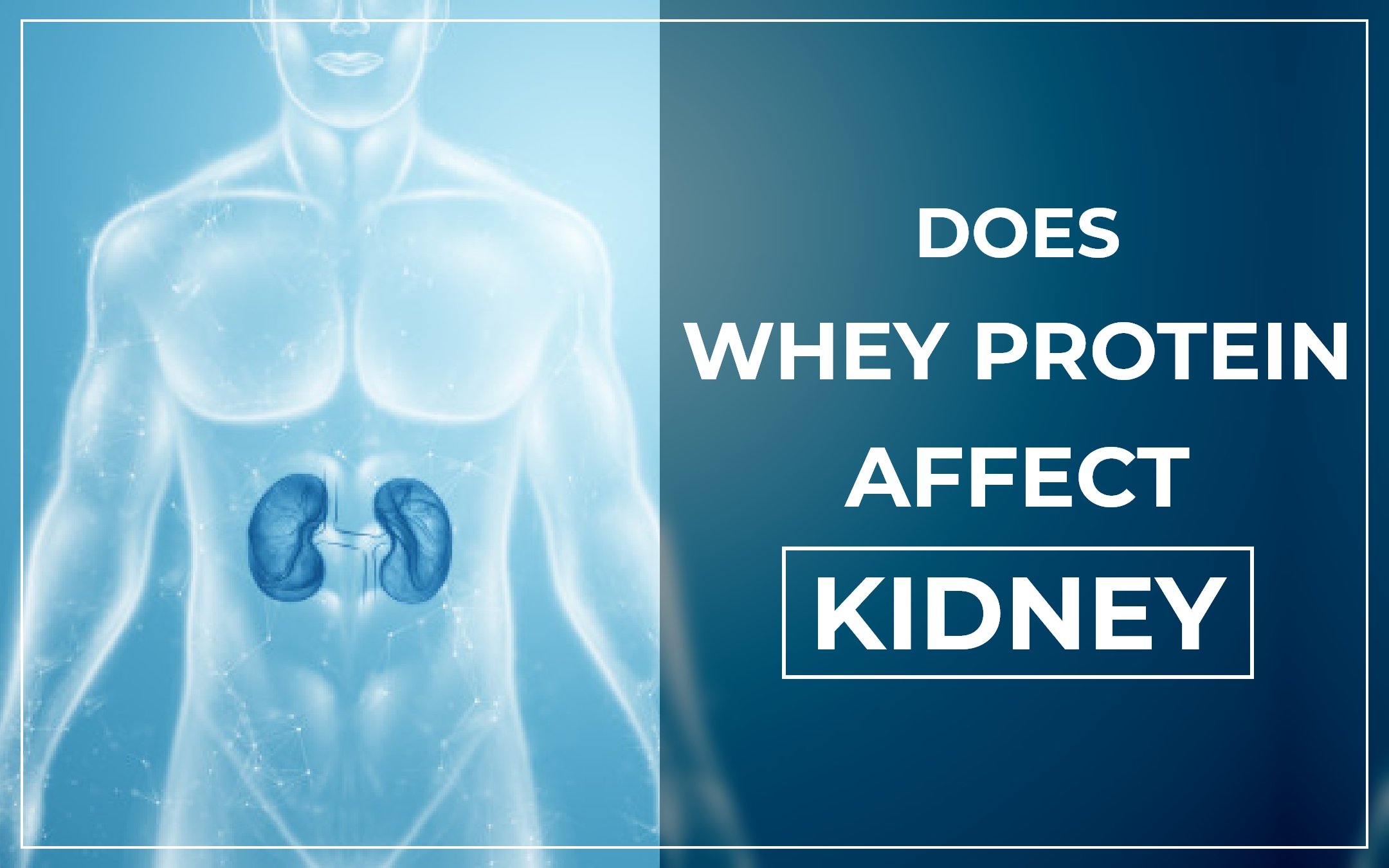 There are many doubts about whey proteins, one of which is “Does Whey protein affect kidneys”? You may have heard it somewhere, or even read about it in some article.
But let me tell you, whey protein does not damage or affect kidneys in healthy people.

Consuming whey protein is one of the effective and efficient ways to fulfill daily protein requirements. Whey protein has been on the market for the last couple of decade. It is one of the oldest and most researched bodybuilding supplements. Whey has been a subject of thorough research and analysis.

Various nutrition supplements use whey protein as the source of proteins. It is present in right from baby formulas to supplements for the elderly.

Whey protein is one of the safest, well-studied, and a high-quality protein supplements. It is deemed as safe and approved as a food ingredient by both USFDA and FSSAI.

The origin of doubt “does Whey Protein affect kidneys”

GFR rate: “Glomerular filtration rate (GFR) is a test used to check how well the kidneys are working. Specifically, it estimates how much blood passes through the glomeruli each minute. Glomeruli are the tiny filters in the kidneys that filter waste from the blood” (3).

Dr. Brenner hypothesized a higher glomerular filtration for a prolonged period can cause renal injury. Which can compromise renal function leading to progression of renal disease (1).

But the majority of the evidence in this paper was based on animal models and subjects with existing kidney conditions. The extent of response to GFR varies significantly depending on species. Hence it is not appropriate to apply the same data to healthy subjects with no kidney condition.

An increase in glomerular filtration is the normal adaptive mechanism of the body in response to various conditions (4). This adaptive mechanism of increasing GFR does not contribute to kidney disease in healthy patients (5). Evidence suggests with increased dietary intake of proteins renal systems undergoes various changes. But these changes do not show any detrimental effects on the renal system.

The GFR in healthy women increases as much as 65% during pregnancy which returns to normal post-pregnancy (6). One may assume that frequent and prolonged increases in GFR may cause renal injury, but that is also not the case. The frequent GFR increase in the case of multiple pregnancies did not cause any adverse effect on kidneys (7).

Another group postulated that protein consumption increases urea production. Since kidneys are responsible for the excretion of urea, this increased workload can stress the kidney.

Our kidneys can excrete up to 25 grams of urea per day. 60 grams of protein produces about 2.5 grams of urea, which is only about 1/10th of the maximal capacity of our kidneys. Hence it does not seem likely that consumption of protein will stress the kidney due to increased urea production.

There is no evidence to suggest that increased GFR or increased urea production due to protein consumption can cause any damage to the kidneys. Also as noted above increase in GFR is the normal adaptive mechanism of the body and does not indicate any adverse effect on kidneys.

To further clarify this let’s take a look at a couple of researches to see if increased protein intake has any adverse effect on the kidneys.